TO BE : In Concert @ MainLine Theatre 8pm January 23-26, 2014. This frigid weekend come in from the cold and come out at To Be : In Concert. Set in present time this is a story about self-discovery, acceptance and forgiveness. Interview: Davyn Ryall & Trevor Barrett. Duration of blogcast 12:30min. 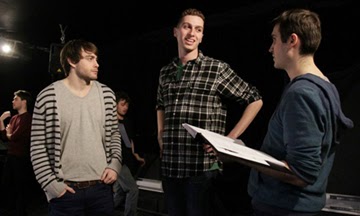